Chop up your jewellery! 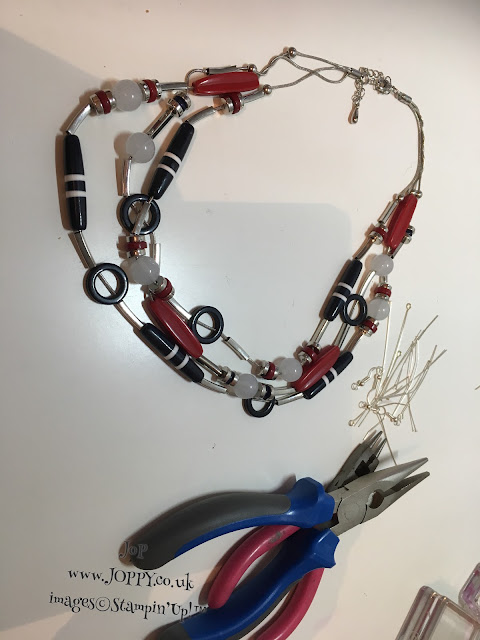 Apologies for the shadows on these photos ! I recently bought this necklace from Marks and Spencer and it goes lovely with my new coat and I wear a lot of navy. It is a necklace with 3 strands but there were no earrings to go with it. Sooooo I thought I would chop off one of the strands - I chose the longest one  and used some pliers with the wire cutting piece in the middle part of the pliers to cut the chain as close to the top of the clasp as possible. The long strand had a nice selection of beads in pairs. 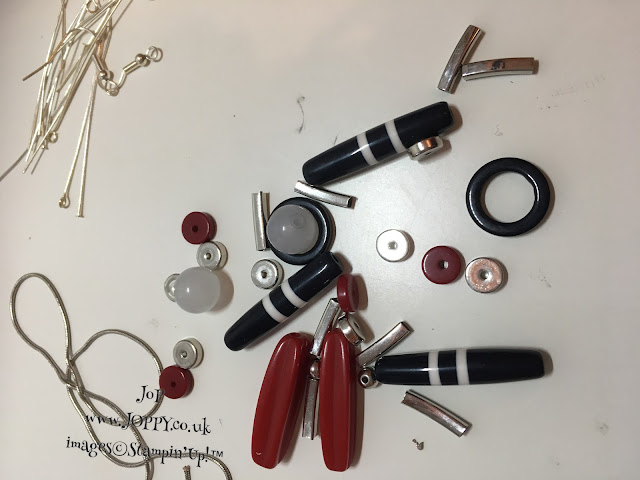 I used to make a lot of jeweller and still have some of my tools and findings so I dug into the cupboard to get them out and checked out the beads I had and decided that I had enough beads for a couple of pairs. Yea bonus! 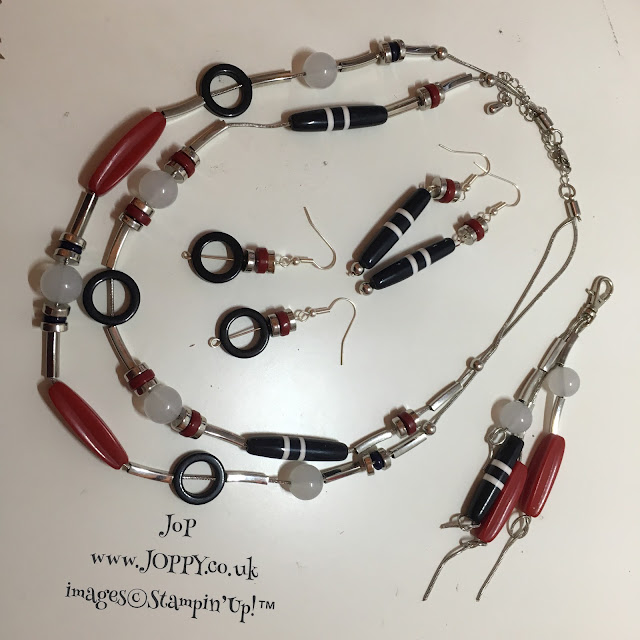 These are the two pairs I made and I had a bit of fun with the leftover beads and made a charm with those. I wanted both pairs of earrings to have the navy and the red hence this combo. However there were several different combos I could have tried out. I used the cut out piece of chain for the bag charm and knotted the ends. I am not sure if the knot will hold so I am going to put a little bit of jewellery glue of super glue on the knots to keep them in place. I used some 2inch pins for the earrings and cut them with pliers to the right size and then used the pliers to bend the rings around at the top. Some of the holes in the beads were quite large and the pin ends were just going straight through and not holding, so for these I used pins that already had one loop at the bottom, or I used small beads to trap the pin. Then I attached my favourite ear hooks. These hooks are quite large and when I wear them for the first time I bend them slightly in so they don't fall out of my ears. 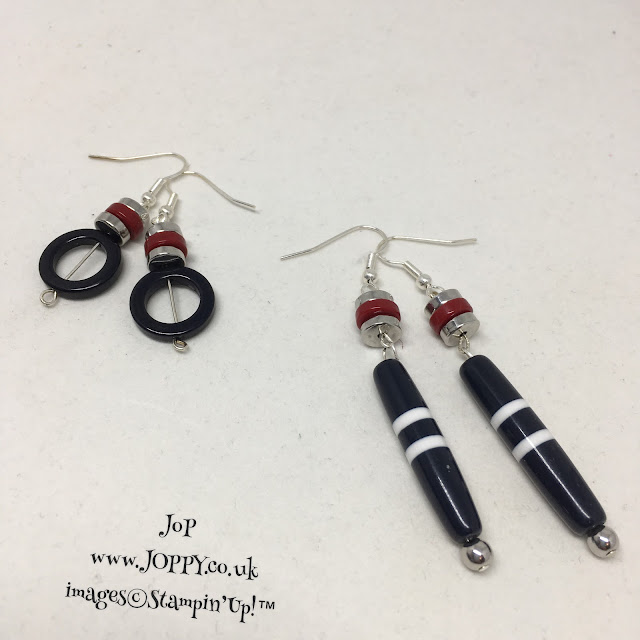 I can go long or short with these two pairs. I often chop up my necklaces to make them the right length or to steal some beads for earrings. I can wear these earring with or without the necklace. 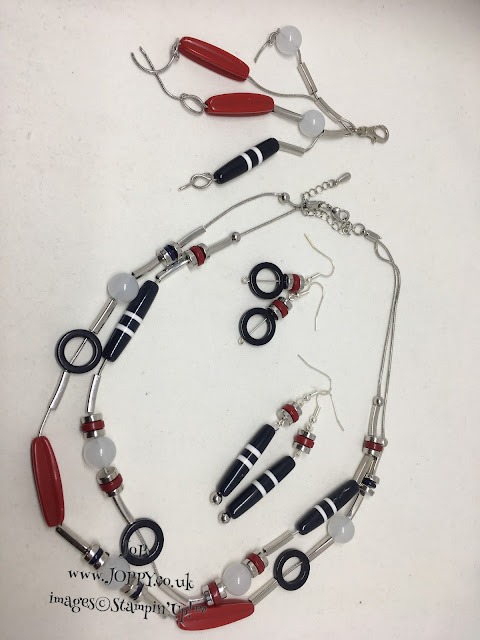 I am thinking of making a small box to keep these in and will be working on this later. I enjoyed sharing this with you. 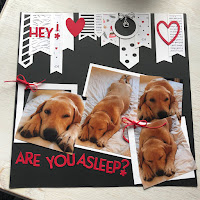